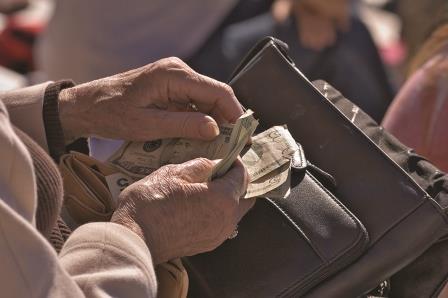 In Santa Clara County, the number of older adults aged 65+ living at, near, or below poverty level has increased over the past 15 years as indicated in the Sourcewise Area Plan on Aging 2016–2020. The 2014 American Community Survey indicated that approximately 8% of all older adults in SCC are living below poverty. More staggering is the fact that nearly half (49%) of SCC seniors age 65 and older are living at or below the means necessary to live adequately, according to the 2011 Elder Economic Security Standard Index.

Annually, SSA announces a cost-of-living adjustment (COLA), which is an inflation-adjusted “raise” provided to Social Security beneficiaries. When a COLA is announced, an increase in the amount of Social Security and SSI benefits are distributed to recipients.

Federal benefits rise when the cost of living increases, as measured by the Department of Labor’s Consumer Price Index (CPI-W). The CPI-W rises when prices increase which increases cost of living. Social Security is arguably one of the most important social programs for beneficiaries; many of whom depend on these monthly benefits.

Find information about the 2018 COLA at www.socialsecurity.gov/cola.

Living in a long-term care facility such as a nursing home may often not be the first choice for anyone. Some people have no other option but to live in a facility and for this reason, it is important that their rights are protected.   According to an article...

President Reagan declared August 21, 1988, to be the first National Senior Citizens Day. Since then, it has been celebrated on August 21 every year. This day was designated by the former president to honor the many senior citizens in the United States that have made...

Stay Safe from the Summer Heat

Summer is here! While some people may love to have some fun in the sun, it is important to keep safety precautions in mind. Older adults, especially those with existing health problems, are at greater risk when facing high temperatures  Excessive heat can be dangerous...

An advanced directive often referred to as a “living will” or “health care power of attorney,” is a legal document providing guidance to medical professionals regarding the type of treatment one will allow in the event of a medical emergency when they may be unable to...

Being a family caregiver can be demanding and more stressful during the COVID-19 pandemic. In a recent article written by Gary Barg, Editor-in-Chief of Today’s Caregiver, he shares tips on how to achieve one day of COVID-19 safe respite per week for the rest of the...